MAG is proud to announce that 20 emergency medical staff have been volunteering with the Lebanese Red Cross to help survivors of this week’s explosion in Beirut.

At least 130 people were killed, with dozens more unaccounted for, and more than 5,000 injured by the August 4 blast that destroyed a huge part of the capital’s port area. The blast – said to have been caused by large quantities of unsafely-stored ammonium nitrate – destroyed windows and walls in a three mile radius, and could be heard 125 miles away.

The MAG medics involved have been helping the Lebanese Red Cross to care for survivors in the direct aftermath to ensure more lives were not lost. They have also been helping to provide psychological support for those traumatized by the disaster. These medics are funded thanks to the support of our generous US, UK, Norwegian, and Dutch government donors.

MAG has been working in Lebanon since 2001, removing landmines and unexploded bombs from parts of the country affected by conflict. MAG’s medics are always on hand during landmine clearance operations to provide emergency medical support in the unlikely event that an accident should occur. In 2019 alone, MAG's work positively impacted the lives of more than 50,000 people in Lebanon. No MAG staff were injured in this week’s blast.

A key part of MAG’s work in many countries involves improving the quality of storage facilities and destroying obsolete weapons and ammunition to reduce the chance of unplanned explosions such as the one that devastated Lebanon this week. During this crisis and in the recovery period to come, we ask our supporters to donate directly to the Lebanese Red Cross.

We stand with the people of Beirut and pledge to support recovery efforts in Lebanon. 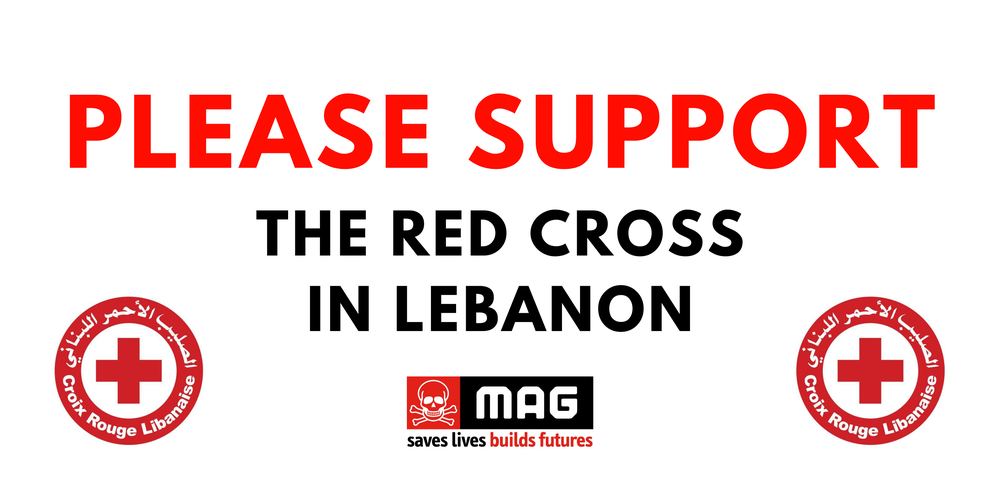