Conflicts have left Lebanon heavily contaminated with landmines and cluster bombs. MAG has worked in Lebanon since 2001 to clear contamination and to deliver risk education. The number of refugees fleeing the crisis in neighboring Syria has intensified the need to clear land.

Why we work in Lebanon

Decades of civil and external conflict through the 1980s, 1990s and mid 2000s have left Lebanon with an extensive legacy of landmine and cluster bomb contamination.

More than 400,000 landmines were laid on Lebanon’s southern border, creating a barrier minefield stretching nearly 75 miles. In 2006, 4 million cluster bombs were dropped on Lebanon, of which an estimated 40 percent did not explode on impact, and are still live.

Conflict in neighboring Syria saw over 1.2 million people displaced into Lebanon, a country with a resident population of around 4 million. This has placed immense strain on a nation already suffering from the effects of landmine and cluster bomb contamination. This pressure on resources has led to an increase in accidents, as people move through unfamiliar land or seek to cultivate it despite the risks.

Agriculture is the primary livelihood activity for communities in the south, yet large areas of fertile land remain inaccessible. Making this land safe will improve livelihoods, create more employment opportunities, and provide safety. Spillover from the conflict in Syria into Lebanese territory has led to new contamination including landmines of an improvised nature, and MAG is addressing this by conducting survey and clearance in the northeast border region.

I picked up a lot of cluster bombs – I had no choice. But every time I ploughed I would find more. I am so happy MAG came and cleared this land. Now I know I will be safe and, God willing, my apples will grow well.

Working in different parts of the country, MAG has specialist teams of deminers, many of them women, clearing landmines, cluster munitions and other unexploded bombs. Using handheld detectors and armored machinery, teams can clear up to 800 landmines per month, with mines being found barely a yard apart in certain areas.

MAG also uses innovative risk education, including puppet shows in schools and communities, to teach vulnerable Lebanese children and Syrian refugees about the dangers of landmines and unexploded bombs. 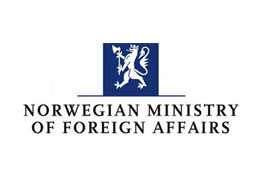